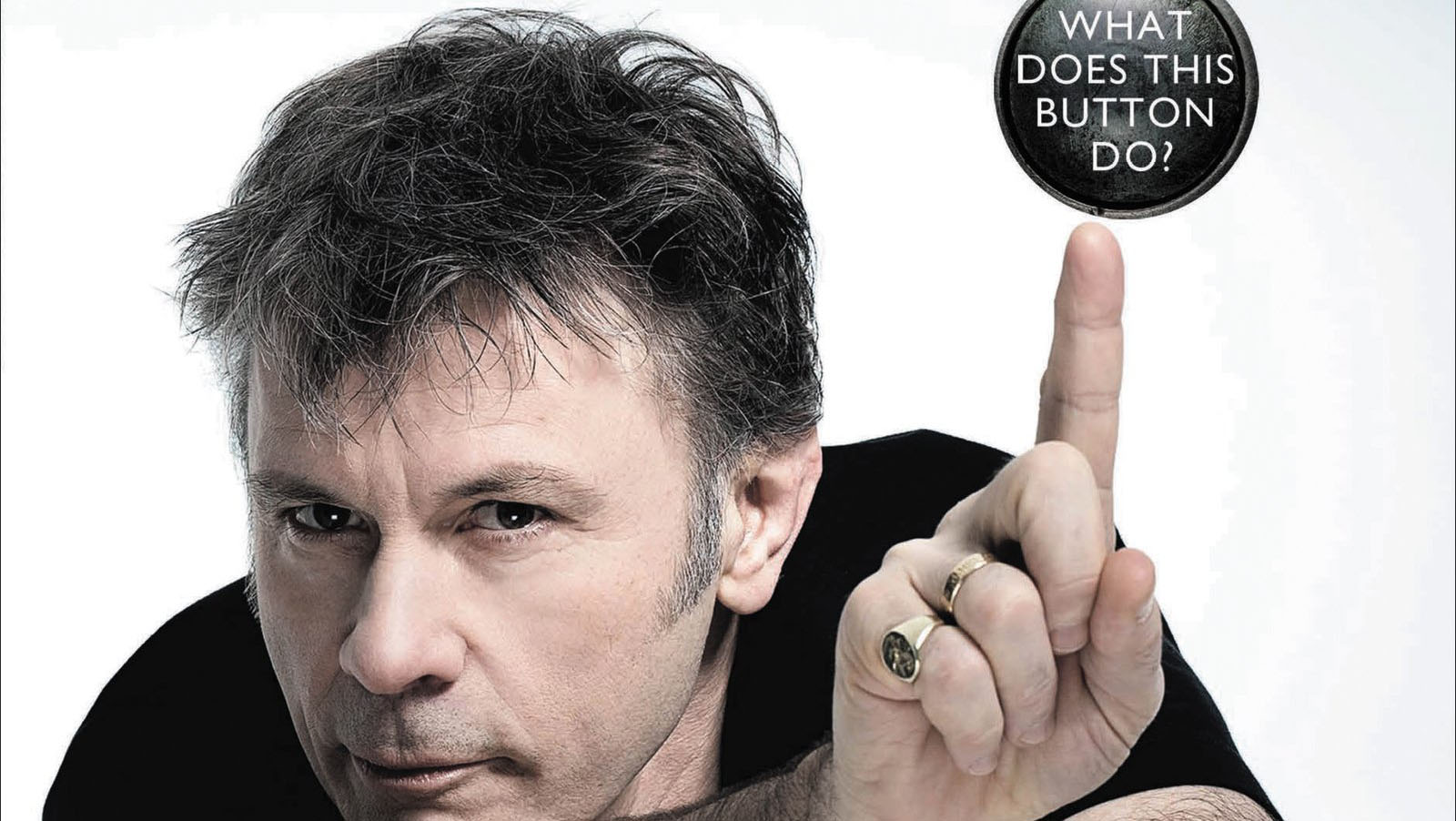 Book Review: "What does this button do?"

I’ve started to listen to Iron Maiden when I was 13 years old. It was in 2000, a little after the band released the album “Brave New World”. I still remember the day I was introduced to the band. A friend of mine came with the CD in his hands and said:

“Now that you are into metal, you should listen to these guys!”

At that time, I didn’t have money to buy the CD, but he borrowed me it for some days. I remember I was astonished by Bruce Dickinson’s vocal “power” and with the band’s performance. Songs like Ghost of the Navigators and The Wicker Man changed completely my vision on music. And all my friends knows: when I get addicted to something, I got all in (at least for some days). It was not different with Iron Maiden. I was reading everything about the band, about Bruce and listening to all these nice albums. All the covers made by Derek Riggs were simply amazing and I got immediately fascinated by Eddie and all this world.

Well, now I’m 32 and I didn’t listen to Iron Maiden songs for quite some time. Some times I stay one year listening to other bands but Iron Maiden always come back and always bringing this feeling of nostalgia. I decided to break this hiatus when I found out about “What does this button do?” As a fan of Bruce Dickinson and Iron Maiden, the idea of reading - from the man itself! - how did he joined the band and maybe some insights and curiosities about the band and his solo career, was simply exciting!

And the book didn’t disappoint me (at least in part, but keep reading…).

The book starts with Bruce talking about his parents and his childhood. Things were definitely not easy for him but hey, I’m not here to give you spoilers, right? To be honest, this part was pretty boring for me. I think it is because I was hungry and anxious to get to the part where he joins Iron Maiden. Like: how did he join the band? How did he meet Steve Harris? Will he tell something about Paul D’ianno and these early days?

Yes, Bruce tells many of these stories and this didn’t disappoint me. The only point I’d like to highlight is that he was very careful not to go into details on the lives of other people (eg. he doesn’t talk much about Paul D’ianno, about Dave Murray and he never mentions his girlfriends, wife, etc.) so I had this feeling of “I want more”. But, you know how it is: we can’t get everything we want.

What surprised me positively was his ability to tell the stories with refined humour (British humour) and how he was able to recollect funny and nice stories, capturing the essential parts of all the most relevant periods of his life. He ran through stories of many albums of the band, especially the five initial years with Iron Maiden, contributing not only as a singer but as well as a songwriter, and also touring with the band: a very demanding schedule. He even gives many nice insights on the lyrics and the albums itself, like how did they record The Number of the Beast and how important was this album for the band; he talks about the song “Sun and Steel”, inspired in Miyamoto Musashi, and many interesting curiosities like that.

Another moment that I was really curious to know more details was about when he and Adrian Smith left the band and, later on, how did they rejoin it. What were his motivations to leave the band? What was Steve Harris’ reaction about it? Things like that.

In parallel with all these stories related to Iron Maiden and his AMAZING solo career, Bruce had another life out of the world of music. There are many interesting parts about his career as a fencer, training between Iron Maiden shows in different countries and also - which I was very curious - his career as a professional airline captain. How did he manage to do all of this? He probably faced many internal battles between all these multiple passions in life. It is good to read how he “grew” through all of this: all the struggles, all the doubts, all the fears… At the end of the day, he is human like all of us and even rock stars like him struggle with many problems.

And this gets very intimate and personal when he, at the end of the book, talks about his battle with cancer. His vision about life and death and how did he manage to fight this awful disease being very positive and energetic is inspiring! The cancer part is a little disturbing because he goes into many dirty details about the disease as if he wants to deliver a message: life is not always victories and beautiful stories. Reality can strike you hard in the face, but it is your attitude towards life that defines how everything will be sorted out.

I feel that this can be a very enriching book for all his fans, but I’m not so sure if many people that don’t know him nor Iron Maiden will enjoy it so much. There are many details about the life with Iron Maiden and his music career that can make fans feel some sort of intimacy, relating/connection much more with the stories.

All his life is revolved around his willingness to learn and his avid curiosity. “What does this button do?” is a perfect title that embodies all this spirit of an explorer and adventurer. Not everything can be taken for granted and, why not spice things up a little bit?

Still in doubt about “What does this button do?”? Why don’t you find it out?

Hi, I'm Rafael L. Toscano. I created this website to post my poems, short stories and news about the books I'm writing. It's designed and developed by me (@c33k).

Subscribe to our newsletter bellow to receive all the most recent updates!

Also, don't forget to check our posts organized by CATEGORIES.